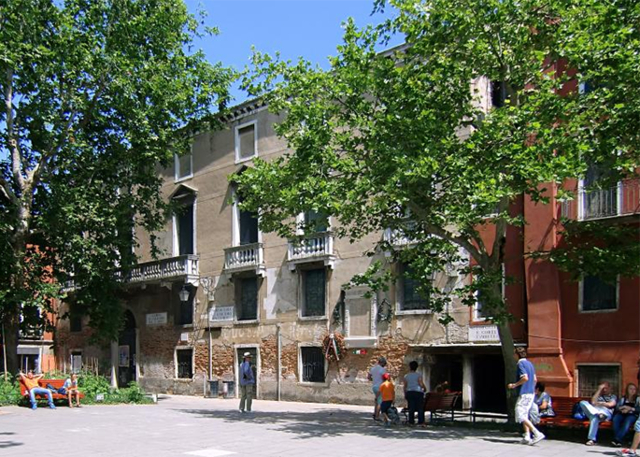 The cultural association About launches MUT, a call for artists which aims to explore a new creative environment for the development of a collective work that reflects on space and the human dimensions within the city of Venice.

The project is presented by Officina delle Zattere and supported by Romana srl and Colorificio San Marco S.p.A.

MUT is a call for artist open to artists under 35 who deal with street art, graphic design, illustration and visual arts in general, aimed at the creation of a collective workconceived and designed on the panels that cover the façade under renovation of Palazzo Pemma in Campo San Giacomo dall'Orio in Venice. The facade of Palazzo Pemma will become a communicative area in which to engage and communicate with residents and citizens through the different languages that characterize the contemporary. Not another way to advertise but a collective work of art,  not a purpose to make an income from the surface but the sharing of stories, visions and proposals for the future. In this context, the artists are invited to talk about and to the city, the MUTations of the contemporary Venice.

Through an initial assessment will be selected 8 artists who will be invited to attend a series of meetings and a workshop preparatory to the collective development of the work and together with them will be agreed with the terms and details of implementation.

In order to bring the people to the understanding of the new contemporary languages ​​and to encourage active participation in the initiative, a panel of experts will be established together with curators, Chiara Gaspardo and Giovanni Fiamminghi, and the inhabitants will select the winner of MUT.

The presentation of the work (an image or a sketch) is required no later than October 16, 2016, deadline for registration. Next, it is expected the selection of eight works by the curators of the project and the team of organizers and, in conclusion, the realization of murals October 24 to 28 in 2016.

Colorificio San Marco will sponsor and support the event through the free supply of Sprays that will use the writers on November 7, during the live event, where will be also awarded the most deserving work.